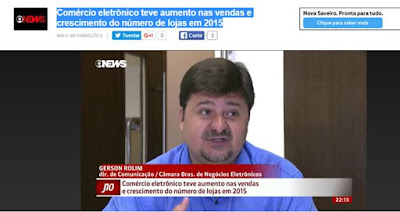 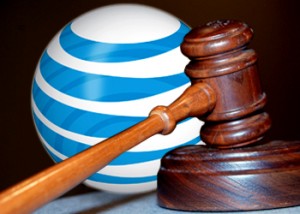 Law360, Washington (May 2, 2016, 3:47 PM ET) -- A Stinson Leonard Street LLP attorney covertly worked with his client's business partners to sabotage an at least $200 million deal with an AT&T Inc. unit to develop and market international cellphone SIM cards, according to a suit filed in Texas federal court Friday.

Wireless company Azarax Inc. alleges that its prior incarnations, 14 Biz Holdings and Convey Communications SA, had deals with Wireless Communications Venture LLC and others to finance business development for Azarax's international cellphone SIM cards starting in 2011.

The suit says the partnership agreed to fund and develop a cellphone SIM card that would let phones operate in several countries without causing roaming data or voice charges for the user. Azarax had relied on the good faith agreements and funding provided by WCV and other partners and organized by Azarax's attorney, William Syverson of Stinson Leonard Street, who failed to disclose his ownership interest in one of the partners, according to the complaint.

“Plaintiff had formal agreements with defendants under which the defendants had and expressly assumed fiduciary and nondisclosure obligations that they breached,” the suit states. “Defendants conspired and secretly circumvented plaintiff to steal or novate plaintiff’s Nextel agreement for the purpose of their financial gain.”

Instead of constructing the deal properly as the representative of all parties, Syverson listed himself as the sole documented owner of several of the partners in the 2011 agreements then later worked against Azarax’s interests in a ploy to take over the Nextel Mexico contract, according to the complaint. Syverson also allegedly billed Azarax, then Convey, for his work on behalf of the conspiracy to undermine Azarax's contract with Nextel Mexico.

Starting in 2010, Azarax, then known as Convey, had formed to develop new cellphone technologies for marketing in Latin America, the complaint says. In 2011 Convey, WCV and several others entered into agreements that ultimately formed a company called AmRoam Holdings LLC to develop and market the SIM card technology, the suit says.

That AmRoam agreement, drafted by Syverson, contained provisions establishing fiduciary duty and nondisclosure provisions, which form the basis of Friday's suit, according to Azarax. In 2013, using the funding provided through the AmRoam agreement, Convey secured a deal with Nextel Mexico, valued at more than $200 million, to develop and market the SIM cards in Mexico and the U.S., according to the complaint.

However, during the three-stage process to execute the Nextel Mexico deal, WCV executives and Syverson conspired to push Convey out of the deal and, with the cooperation of a Nextel Mexico attorney, snag the contract for WCV then take the venture public as a new entity, the suit alleges.

Emails furnished by WCV and AmRoam director Gary Donoghue provided “irrefutable evidence” that WCV executives along with Syverson and planned public entity head Christian Borrman plotted to work around Convey’s agreement with Nextel Mexico to secure their own deal with the telecom.

“Defendant’s covert and illicit acts of interference went on for a minimum of 10 months without plaintiff’s knowledge, causing additional expense and damage to plaintiff,” the suit states.

WCV cut off contractually mandated funding for Convey’s development efforts in 2014, and despite Convey’s best efforts to execute the agreement throughout the year, Nextel Mexico sent letters to end the agreement in January 2015, according to the complaint.

Over the course of the conspiracy, the suit alleges, the executives offered Nextel Mexico General Counsel Antonio Garza equity and a CEO position in a new entity, to break off Convey’s deal with Nextel Mexico.

The complaint alleges breach of contract, breach of fiduciary duty and tortious interference with contract and unfair competition against the defendants, who include Syverson; Stinson Leonard Street; Garza; WCV; Borrman; several other WCV executives; and parties to the AmRoam agreement.

Representatives for Stinson Leonard Street, Bill Syverson and the other defendants could not be immediately reached for comment Monday. A representative for Wireless Communications Venture declined comment Monday, stating the company had not yet received any notification of the suit.

A representative for AT&T and Nextel Mexico could not be immediately reached for comment Monday.

Azarax is represented by Michael Sydow of the Sydow Law Firm.

Counsel information for the defendants was not immediately available.