That Facebook is now as big as the whole Internet was in 2004 may or may not be true. More important is that it seems entirely believable. And that should scare competitors. 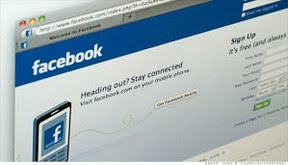 If you're not convinced of the immense challenge faced by Google and every other company that wants to take on the social-media market, consider this fact: Facebook today is reportedly bigger than the entire Internet was in 2004 -- in terms of number of users.

Caveats abound, the biggest being that Facebook probably doesn't actually have the 800 million users it claims. Case in point: recently, in testing my keyboard, I slapped some keys at random. I happened to have Facebook on my screen, and my keyboard-plonking ended up searching on "jmjyttyj." I got three hits.

There is no member named jmjyttyj, but Facebook helpfully pointed me toward some members it thought I might be looking for: Jmyjtyj Kujytmm, Ujgyjy Hjyttyj, and Yjhtyj Rjyttyj. That was weeks ago, and all those clearly fake accounts are still there, even though Facebook says it assiduously seeks and destroys such dummy accounts. The company restricts people to one account each, and it says the 800 million figure represents "active monthly users." But I have a second account, which I use approximately monthly for testing spam links and so forth. And lots of other people I know also have more than one that they use with some regularity.

Still, the figures for the total Internet population have likewise been inflated all along, taken as they generally are from polling Internet companies, which have an interest in presenting their customer bases as large. So it's quite possible that, whatever the real numbers are, Facebook is indeed as big as the Internet was in 2004 -- maybe even bigger. And either way, that such a claim can even be believably made is itself proof that any company that wants to steal social-media market share away from Facebook will have a tough go of it.

You are absolutely Right :)