Just in time for the crucial winter holidays, Wal-Mart Stores Inc. aims to recreate the feel of a local store for its more than 9 million Facebook fans. 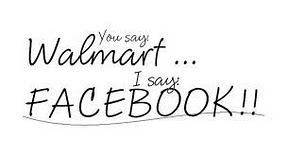 The world's largest retailer announced Tuesday a partnership with the social networking site that offers Facebook pages specifically tailored for each of its more than 3,500 locations. Those pages are designed to allow its customers to interact with its local stores as well as get information on new products, events and discount offers. The partnership marks the first of its kind for a merchant and underscores how companies are using Facebook to develop a deeper relationship with its shoppers by responding quickly to their demands with the goal of increasing sales.

"This allows us to make our stores relevant on a local level," said Stephen Quinn, executive vice president of Wal-Mart's U.S. division, during a media conference call late Monday. "This addresses our `next-generation' customers who are using a lot of social media. A national message is often not as relevant."

Quinn added that the initiative was in response to its Facebook fans' requests to see more localized messages, from the latest new TVs and local produce to events like cooking demonstrations. But he added, "This is just scratching the surface. We are just getting started on a social media revolution."

Wal-Mart eventually wants to be able to personalize offers for its Facebook fans, based on the type of products they "like," for example, he added.

The venture comes at a time when Wal-Mart, based in Bentonville, Ark., is trying to reverse nine straight quarters of revenue declines at its namesake U.S. stores open at least a year — a key measure of a retailer's health.

Carolyn Everson, vice president of global marketing solutions for Facebook.com, said the partnership with Wal-Mart goes beyond a "simple local tab." "This is embedding the social media phenomenon into the core of the offering," she added. She noted that Wal-Mart has worked hard to engage its Facebook fans. Facebook isn't currently working with other merchants to develop this localized approach because it doesn't have enough resources, she added.

Wal-Mart and others are increasingly trying to harness the power of Facebook to drive customer counts and revenue. In April 2010, Facebook allowed brands and retailers to use the now ubiquitous "like" button on their websites, making it easier to share and connect with friends. Everson noted that brands are starting to see a measurable sales impact on products that are "liked" on Facebook

More than 50 percent of active adults on Facebook follow a brand, and there are 100 million "likes" on pages every single day, Everson said. On average, Facebook users have an average of 130 to 150 friends, who are connected to 8,000 friends, she noted.

Quinn noted that right now shoppers who sign up will get about two notifications per week on special offers.

For those planning their bargain shopping the day after Thanksgiving, Quinn said shoppers will be able to download a map of the store that details the exact location of the specific advertised specials so they don't have to run around the store to find the bargain.